In the last post, I had initiated a review of some really odd comments by an attorney, Mr. Richard Jaffe, on what he considers to be the free-for-all nature of a section of 21 CFR 1271—the law that controls the creation and use of human-derived materials, known as HCT/Ps, which was published in 2001 in the Federal Register. Subsequently, starting in 2014, the FDA issued four draft Guidances to assist stakeholders in following the law. See the previous post for additional background information and links to the draft Guidances, which were discussed in a two-day public workshop the FDA held on September 12 and 13.

Mr. Jaffe wrote about his observations on the testimony presented during the FDA’s Workshop on the Draft Guidances, stating that 1271.15(b), which is known as the same surgical procedure exception, applies to any physician who works with a patient’s sample, regardless of the manipulation and intended use. He specifically stated that the FDA “couldn’t read into 1271.15” language covering minimal manipulation and homologous use—terms that appear in 1271.10(a). And as a result, those limitations don’t apply to 1271.15.

Needless to say, I disagree and would call Mr. Jaffe’s attention to the language of section 1271.15(opens in a new tab) as follows (with edits):

§ 1271.15 Are there any exceptions from the requirements of this part?

…(b) You are not required to comply with the requirements of this part if you are an establishment that removes HCT/P’s from an individual and implants such HCT/P’s into the same individual during the same surgical procedure.”

Specifically, it is important to understand what the “…requirements of this part…” portion of 1271.15 means and where requirements might appear elsewhere in 1271 (“this part”). As it happens, there is a requirement specified in 1271.10(b); to wit, a manufacturer whose HCT/P meets all of the elements of 1271.10(a) is required to register with the FDA. Here is the language of 1271.10(b)(opens in a new tab) (with edits):

b) If you are a domestic or foreign establishment that manufactures an HCT/P described in paragraph (a) of this section:

(1) You must register with FDA;

(2) You must submit to FDA a list of each HCT/P manufactured; and

(3) You must comply with the other requirements contained in this part.

Now, the FDA recognized that if the manufacturer happened to be a physician who was practicing medicine with a HCT/P that was just manufactured, registration with the FDA would be a serious burden, so the FDA created 1271.15(b) to provide an escape clause.

But keep in mind that the escape clause only applies if: 1) The HCT/P manufacturer is required to register with the FDA; 2) Is a physician who is working with a patient’s material; and 3) Satisfies a restriction of using the HCT/P during the same surgical procedure. It doesn’t say that 1271.15(b) applies to any old physician, much less allowing them to do whatever the physician wants to do with a patient’s HCT/P.

And who is required to register? Well, physicians who manufacture a HCT/P that meets the elements specified in 1271.10(a). And guess what two of those elements are? That’s right, minimal manipulation and homologous use—the very terms Mr. Jaffe says can’t be read into 1271.15. Which I think supports my previous point that there is no need to read anything into 1271.15 when the terms are linked by reference.

I have to admit that I frequently am puzzled by peculiar positions advanced by those with an agenda, as typified by the comments made available by Mr. Jaffe. And what is his agenda? Mr. Jaffe wrote the following toward the end of his post:

“So here is my prediction/wish/what I hope to make happen. There won’t be one lawsuit filed if the draft guidances go into effect. There will be many lawsuits”.

I guess once an attorney always an attorney on the lookout for new clients. Too bad the logic Mr. Jaffe uses to reach his conclusion is flawed. 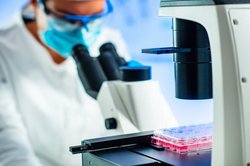 Close Only Counts in Horseshoes, Hand Grenades…. and PRP?

Thank you for subscribing!

You will receive important news and updates from our practice directly to your inbox.