There are three main themes that I have discussed so far that have stood out during my review of the two-day Workshop the FDA held on September 12 and 13. These themes are:

In this post, I would like to cover the theme of how the FDA should pay attention to scientific evidence and modify 21 CFR 1271 accordingly. In particular, a number of prominent speakers took a decidedly academic approach to the issue of how the FDA regulates the way fat tissue from a patient is used. To give you a little background, the FDA believes that fat tissue is a structural tissue, meaning it has certain sacrosanct biological properties that need to be preserved when a manufacturer, including physicians, work with fat tissue. The FDA has indicated that fat tissue is assigned the role of cushioning and supporting organs and tissue structures. For example, they included the following description in their draft Guidance on fat tissue:

Under the 21 CFR Part 1271 regulatory framework, a structural tissue is more than minimally manipulated if the processing alters the original relevant characteristics of the tissue relating to the tissue’s utility for reconstruction, repair, or replacement (21 CFR 1271.3(f)(1)). As described above, adipose tissue is typically defined as a connective tissue composed of clusters of adipocytes and other cells surrounded by a reticular fiber network and interspersed with small blood vessels, divided into lobes and lobules by connective tissue septa.

For purposes of applying the regulatory framework, we generally consider adipose tissue to be a structural tissue, with characteristics for reconstruction, repair, or replacement that relate to its utility to cushion and support the other tissues in the subcutaneous layer (subcutaneum) and skin.

A number of individuals spoke against the FDA’s approach of classifying fat tissue as a structural tissue. For example, Dr. Ricardo Rodriguez is a plastic surgeon and on the faculty at Johns Hopkins University. He spoke at length about the inconsistencies in the reference materials the FDA cited in its draft Guidance on working with adipose tissue. Specifically, he pointed out that the same authority (i.e., textbook) the FDA cites to support its linkage of fat as a connective tissue to its role as a structural tissue, also states that there are examples of connective tissues listed, like blood, which are considered by the FDA to be non-structural tissues. So, he would like the FDA to assign a non-structural function to adipose tissue. And when the FDA is considering homologous use, he believes they should consider the other listed biological activities of fat tissue, including endocrine activities, energy storage, etc. in order to determine if the fat and/or components of fat are being used homologously.

Dr. Adam Katz followed Dr. Rodriguez, and reinforced, and amplified, the plastic surgeon’s comments. Dr. Katz is a plastic surgeon and professor at the University of Florida. He also has had a very distinguished career in dealing with fat tissue and its uses for therapeutic purposes. He was a part of the original group at the University of Pittsburgh, under the direction of Dr. Bill Futrell, who discovered the presence of the mesenchymal stem cell in fat tissue. So, he knows a thing or two about fat tissue and its cellular goodies. In addition to providing comments that paralleled the statements made by Dr. Rodriguez, Dr. Katz went on to suggest that the FDA’s positions on the functionality of adipose tissue are inconsistent, confusing and arbitrary. He proposed a new wrinkle in how the FDA should deal with fat tissue, by suggesting that the FDA regulate the uses of fat based on the components present in the product derived from the fat tissue.

If I were the FDA, I would consider the following points about this particular fat-based theme:

The last point about the form the fat tissue is when removed from the body reflects on one of the reasons the FDA enacted 21 CFR 1271 in the first place. The FDA wanted to make sure that after parts were taken from a donor, be it living or dead, those parts would be used in a similar role in the recipient. The classic example of this restriction is when a cornea is removed from a cadaver the cornea can only be placed in the recipient’s eyeball. No repurposing allowed.

So, where do we stand theme-wise? While a strong case has been made to change how the FDA regulates fat tissue-derived HCT/Ps, nothing I have reviewed seems compelling to me, so the score stands at FDA 5 and speakers 0.

Before moving on in the next post to the theme of how to fix the mess that envelopes the regenerative medicine marketplace, I would like to point out that I think the FDA will relent on one particularly nutty position they have taken. This has to do with the use of a patient’s own fat tissue during breast reconstructive surgery. The FDA panel heard from patients who benefited from fat augmentation following mastectomy, as well as from a speaker representing the American Society of Plastic Surgeons, among others. The full history of breast reconstructive surgical procedures was reviewed, including the various protocols that would be severely limited should the FDA maintain its position that the use of fat tissue in the breast is non-homologous.

I believe the fact that autologous fat has been used in breast reconstructive surgery for decades, and provides an extremely important and safe option for repair and reconstruction of women who have undergone mastectomy will be enough to sway the FDA to allow for the continued use of autologous fat tissue for breast reconstructive surgery. How tightly the FDA words the example I am sure it will insert into the draft Guidance on adipose tissue remains to be seen. Just remember, the FDA uses the word “generally” a lot in the Guidances, which is a bureaucratic loophole that I suspect they will avail themselves of and allow women to continue to receive the best possible care for a devastating disease. 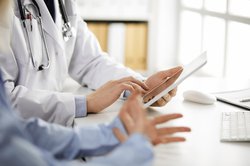 4 Questions to Ask Your Doctor About Stem Cells

Thank you for subscribing!

You will receive important news and updates from our practice directly to your inbox.